Love on people, one person at a time, one day at time 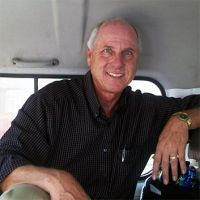 Jack was born and raised in Teague, Texas which is about halfway between Dallas and Houston. After attending a Billy Graham crusade at Texas Stadium in Irving, Texas in the fall of 1971 as a senior in high school, he accepted and trusted Christ right out of a Billy Graham tract.  While attending college at Sam Houston State University in Huntsville, Texas, he was actively involved with the campus ministry of the Navigators. He graduated from Sam Houston State University in with a Bachelor of Science degree in Criminology and Corrections in 1975.

After working for the Montgomery County Sheriff's Office for 1½ years after college, he resigned and began a career in the oil and gas business as a landman working for medium sized exploration and production companies in Houston, Texas.

At the age of 33 and just after having been the prodigal son for 7 years, Jack prayed for the Lord to send him a wife which the Lord did just three months later. He has now been married to his beautiful wife Debbie since 1988 and have one son, Christopher Luke.

In 1993 Jack transferred to Denver where he was employed full time until he resigned to attend Rocky Mountain Bible Institute at the age 40 to pursue God's call on his life for ministry. Jack is the son of Matthew 21:28-29 who would not go and work when his father asked him to, but later changed his mind and went! He graduated from Rocky Mountain Bible Institute in 1997 with an Associates of Arts Degree in Biblical Studies.

In May of 1999, Jack began serving as the chaplain at Colorado State Penitentiary in Canon City and continued in prison chaplaincy ministering salvation, healing and deliverance until God called us to the nations in 2009.

Jack now travels internationally casting vision to fulfill the Great Commission of Jesus Christ to go and make disciples of all nations by empowering national church leaders to evangelize and disciple their own nations. This includes training, encouraging, equipping and providing resources to plant Bible Training Centers. Jack also has a spiritual hunger to experience the ministry and power of the Holy Spirit and lead others into a life changing encounter with Him. The Holy Spirit so desires to minister through us to touch a hurting world with healings, miracles, signs and wonders. 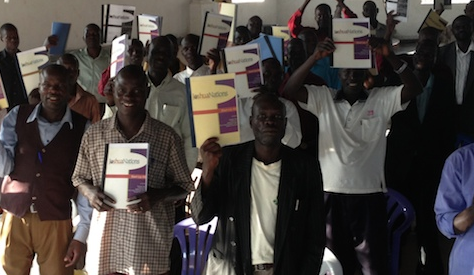